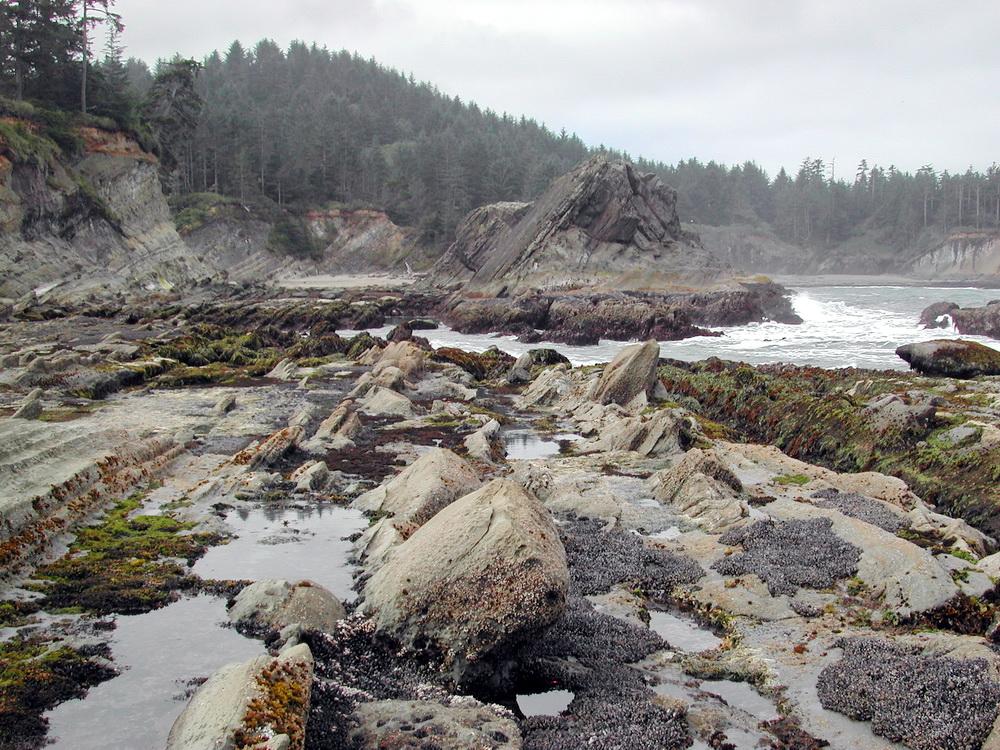 CoastWatch is working to keep Oregonians informed about the current process through which citizens and communities can propose higher levels of protection for key rocky intertidal and subtidal areas through Oregon’s new Rocky Habitat Management Strategy.  CoastWatch is both providing background information about rocky shore ecology, and assisting citizens (whether they are CoastWatchers or not) in navigating the process.

The next event in CoastWatch’s ongoing series of online presentations about rocky habitats and their ecological importance is schedule for Monday, Nov. 16, at 6 p.m., when Steve Rumrill of the Oregon Department of Fish and Wildlife (ODFW) will discuss the importance of protecting rocky coastal habitats in light of the decline of species such as kelp, abalone, and sea stars.  His talk is entitled “Calamity in the Kelp: Recent Disruption of Ecological Dynamics in Oregon’s Bull Kelp Habitats.”  Production of this webinar was supported by the City of Coos Bay and the Pacific Power Foundation.

Over the past several years, Oregon experienced an unusual series of events that cascaded throughout the rocky subtidal habitats to contribute to a “calamity in the kelp community.”  As with other areas along the west coast, a record-breaking marine heatwave occurred in Oregon’s nearshore waters beginning in 2013-2015.  Anomalously high seawater temperatures provide a robust indicator of a substantial shift in nearshore ocean drivers.  Changes in nearshore ocean conditions contributed to a suite of impacts to rocky shore communities along the southern Oregon coast, including mass mortality of sea stars, unusual variability in the spatial extent of bull kelp beds, dramatic increases in the abundance of purple sea urchins, and declines in the density of red abalone.  Considered together, the magnitude of ecological changes to rocky reef habitats and communities is unprecedented in recorded history for the southern Oregon coast.

Steve Rumrill is the Shellfish Program Leader for the Oregon Department of Fish and Wildlife.  He has statewide responsibilities for management of a multi-faceted program that encompasses policy development, resource assessment surveys, commercial and recreational fisheries, scientific research, and outreach activities for a diverse group of shellfish that inhabit Oregon’s bays and estuaries, sandy beaches, rocky shores, sub-tidal reefs, and deep water habitats. Before joining the ODFW / Marine Resources Program, Steve served as the Chief Scientist and Research Coordinator for the South Slough National Estuarine Research Reserve in Charleston.  He holds adjunct academic appointments at the University of Oregon, Oregon State University, and Portland State University where he conducts scientific research in collaboration with faculty members, and serves as an advisor to graduate students. Steve received his master’s degree in Marine Science from the University of California at Santa Cruz, and his Ph.D. in Zoology from the University of Alberta.

For more information, or to receive a link to the presentation close to the date, contact Jesse Jones, CoastWatch volunteer coordinator, jesse@oregonshores.org.