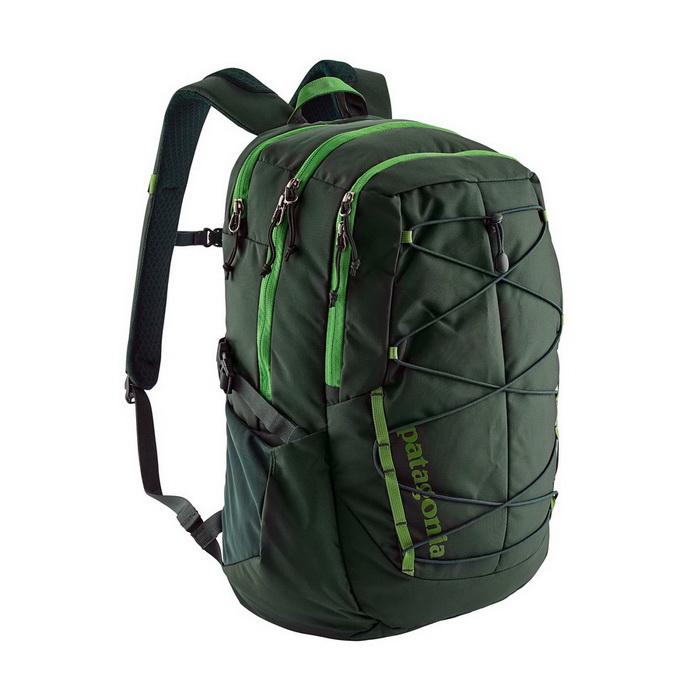 A Chacabuco 30L daypack, one of the raffle prizes donated by Patagonia.

CoastWatch celebrated its 25th anniversary year in 2018.  As the final stage of this celebration, during the final quarter of the year we held a special kind of raffle to reward active mile adopters.  Tickets couldn’t be bought, they had to be earned, with a ticket awarded for each CoastWatch report filed or for participation in a citizen science survey.

This did help us boost our CoastWatch coverage—we had nearly 25% more reports filed than in the final quarter of the previous year, and saw an uptick in marine mammal stranding reports as well.

Patagonia helped to fund citizen science projects at marine reserves this year, and also contributed the merchandise for the raffle.  We’re thankful for their support.

We’re pleased to announce the winners, and all the more pleased that all those who won are active mile adopters—consistent participation was rewarded.  In fact, we had a dual winner.  Jill and Mark Marks, adopters of Mile 220, won both a first prize—a Chacabuco 30L daypack—and a hat.  This didn’t defy the odds as much as it might seem.  Not only did the Marks’ file mile reports for all three months of the quarter, but they were our most active citizen science participants, and thus earned the most raffle tickets.

The other winners included Sharon Streeter, who has patrolled Mile 236 consistently for many years, and won the other first prize; Dick Mason, who not only files regular, excellent reports on his own Mile 171, but frequently “pinch-hits” on other miles not receiving full coverage; Barbara Harrison, who both reports steadily on her Mile 102 and is our most active producer of marine mammal stranding reports; Betty Bahn, who reports monthly on Mile 198 and has submitted more reports than any other mile adopter in CoastWatch’s history; and Christine Nelson and Dan Carter, stellar adopters of Mile 287.

All of the above are long-time CoastWatch volunteers.  The only relative newcomers are Michael Tarachow and Merce Dostale, who adopted Mile 334 in 2018 and are off to a great start in monitoring it.  They have also reported on the next two miles south, which increased their chances in the raffle.

Congratulations to the winners—and, more important, thanks to all of them for their energetic contributions to CoastWatch mile monitoring.

The real goal of the raffle wasn’t to produce a burst of activity in one quarter, but to give a boost to CoastWatch participation for the long haul.  Even without the inducement of special prizes, CoastWatchers are asked to monitor your adopted mile at least four times during the 2019, once each quarter, and consider getting actively involved in our citizen science projects.  There is also plenty of room for new volunteers to adopt CoastWatch miles and help us improve our coverage.  Our goal is to continue this trend of increasing CoastWatch participation during 2019.