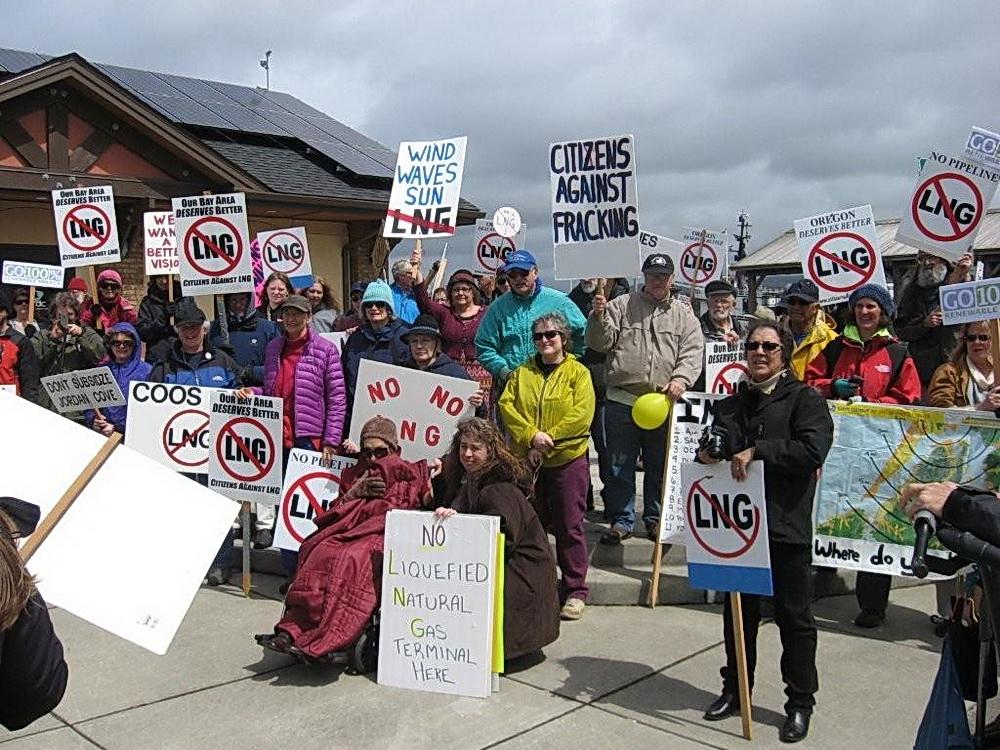 After being turned down flat by the Federal Energy Regulatory Commission (FERC) for a permit, the Jordan Cove Energy Project has started the process all over again, obviously hoping that new FERC commissioners appointed by President Trump will be more receptive to their scheme for developing an LNG (liquefied natural gas) export facility on Coos Bay’s North Spit.

As a first step in the new process, Jordan Cove set up a series of “open houses” to explain the new plan to the public and ostensibly receive feedback.  After setting up one round and then cancelling them (due to an outcry because they had failed to provide adequate notice to affected landowners), the company is now offering the following series of events.

The following is the schedule for the Jordan Cove LNG Export “Open House Events.”