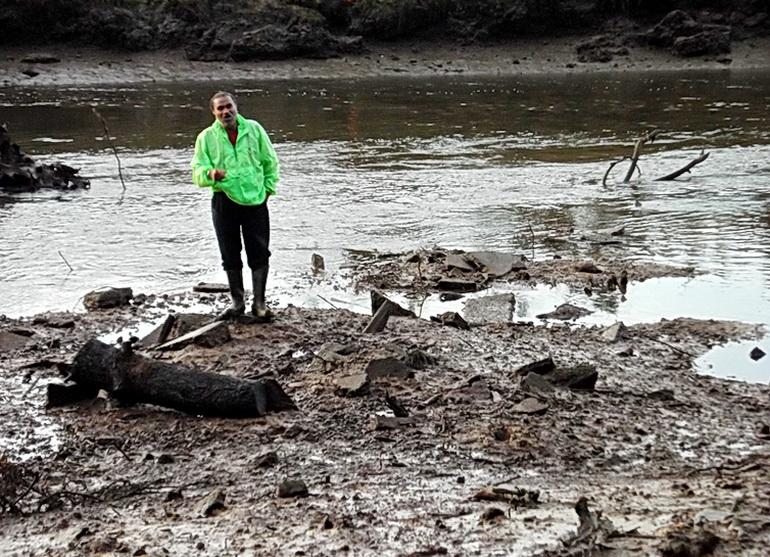 The long-running saga of Coalbank Slough isn’t over yet.  A year ago, we announced that we had successfully settled our Clean Water act lawsuit over a 2012 debris slide that had severely polluted the slough, a tributary of Coos Bay.  It had been a long struggle to that point, over a year and a half, but we thought we had obtained an agreement from Johnson Rock Products (JRP), the perpetrators of the landslide, that they would clean up the slough, plus fund a mitigation project improving fish passage elsewhere in the bay’s watershed.

A year later, though, after dragging out the process interminably, JRP is refusing to complete work to protect water quality in Coalbank Slough as required by the negotiated agreement and Consent Decree that resulted from the Clean Water Act citizen suit enforcement action. So, together with the state’s Department of Environmental Quality (DEQ), the plaintiffs (Coos Waterkeeper, and two local property owners, along with Oregon Shores) have decided to go back to the federal court to enforce the terms of the settlement to ensure that fish habitat and water quality in Coalbank Slough is restored and protected.

DEQ has filed a discovery request on our behalf that will serve to start the process for enforcing the terms of the Consent Decree.  (Fun sidelight:  Since the Attorney General’s office represents DEQ, an intervenor-plaintiff in a case where we are lead plaintiff, Attorney General Ellen Rosenblum is our attorney for the discovery process.)  We are coordinating with DEQ and will continue to represent the public’s interests in seeing this case and the negotiated agreement are enforced, however long it takes. We anticipate that we will file a joint motion with DEQ and the other plaintiffs to enforce the consent decree following the discovery process. We’ll keep you posted as this moves forward.

The Coastal Law Project, our partnership with the Crag Law Center, has been handling the case. Attorneys Courtney Johnson and Chris Winter, both from Crag, and Scott Jerger (a member of our Coastal Law Project steering committee) worked long hours to bring about the original settlement, and now find themselves immersed in the issue once again.