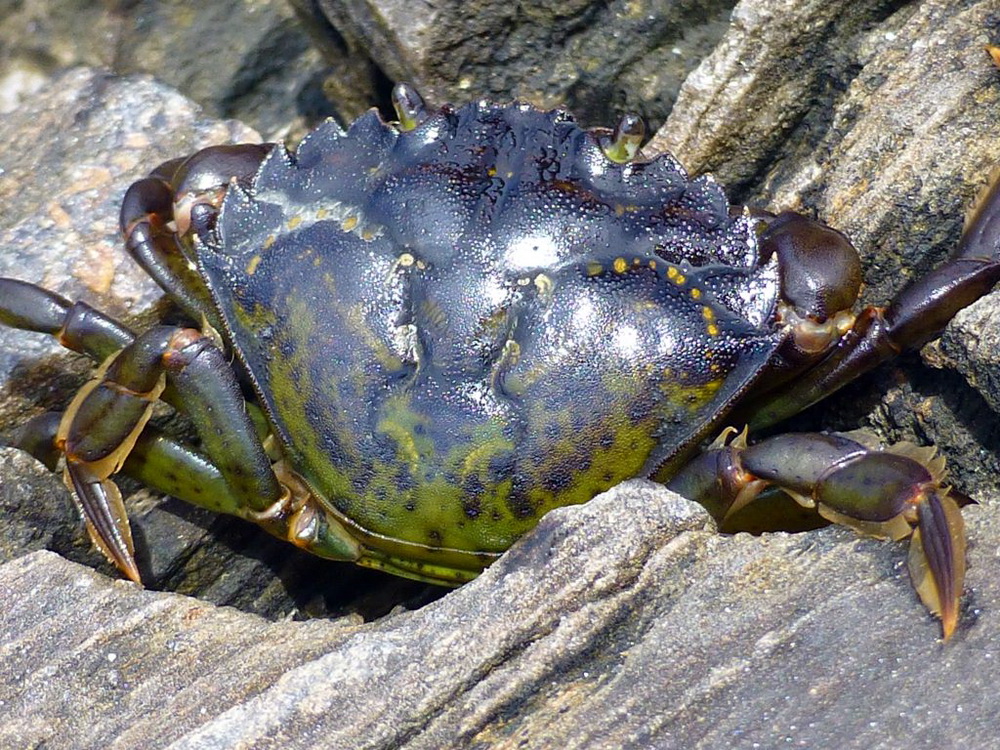 European green crab.\Photo courtesy of the University of Washington.

One of the invasive species that marine scientists in Oregon have been watching anxiously is the European green crab.  The next in the Hatfield Marine Science Center’s seminar series, now taking place online, will address their recent surge.  On Thursday, Jan. 14, 3:30 p.m., Sylvia Yamada, an assistant professor in the Department of Integrative Biology at Oregon State University, will speak on “European Green Crabs in Oregon: are they now established?”

Dr. Yamada’s research focuses on marine ecology, population ecology, predator-prey interactions, the management of invertebrate fisheries and on the ecological role of introduced species in the marine environment.  As she describes the subject of her online seminar:

“Why are we only now seeing European green crabs in Oregon estuaries, when this invader has been present for well over 20 years? Prior to the Ocean Heat Wave and the El Niño of 2014-2016, green crabs in Oregon were rare and larvae only recruited from the south, and only during warm winters.  In the last few years, however, recruitment has been good and numbers in Oregon estuaries have steadily increased. Is the population now large enough to be self-maintaining, and/or are we also getting recruitment from the north? Future research is aimed to answer these questions.

For the live broadcast of the event, go here.